As written by Megan Bruneau
Reposted from [email protected] 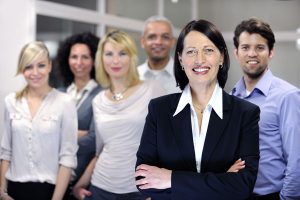 Sachs calls in from Los Angeles where she’s attending The Makers Conference. It’s 7am PST, but it’s the only time she can swing a conversation between attending presentations, doing radio interviews around her book, and networking. Her voice is hoarse and she informs me she’d gotten a steroid injection out of desperation the day before. This woman means business, I think to myself.

She explains how the career landscape has changed–how the technology and robotization have led to the death of job security–that we can no longer rely on seniority or trust in our infinite relevance to our industry. “Whereas we used to be in one role until retirement, we’re now expected to wear 10 different hats and could be fired on a whim,” she describes.

Sachs responded to this sobering and anxiety-provoking shift by providing a roadmap for women to navigate career pivots and relaunches–and optimize their success. In Fearless and Free, she stresses the importance of adaptiveness, resilience, and versatility. In our interview, I had a chance to delve into three changes she suggests for career success:

When I first moved to New York, a new friend became frustrated with me for how often I said “sorry.” In response to her irritation, I apologized.

And while I place partial blame on being Canadian, Sachs assures me the habit’s pervasive in women’s communication style. “Sorry is a trendy verbal tic–a social lubricant,” she explains. “If you really want to apologize for something you’ve done, apologize, but using it constantly diminishes your power, particularly in email communication.”

When I ask about how we’re to strike a balance between “bitchy” and “passive,” Sachs acknowledges the double-standard that exists for women. “Culturally speaking, people need to have a new understanding in how we hear women. But that starts with us being conscientious around how we give up our power, and adjusting accordingly.” She suggests balancing warmth and directness: smiling but being firm in your request; including pleasantries in opening and closing paragraphs of an email, but being clear and intentional in the message.

2. Create Your Own Luck By “Engineering Serendipity”

You know those people who seem to always be in the right place at the right time? Well according to Sachs, it’s not chance and you, too, can “engineer serendipity,” as she calls it. “Networking and going to conferences is very important for your career health,” she emphasizes. For those who don’t love networking, are introverted, or prioritize relationship or family, Sachs suggests being intentional about which events to attend and having an achievable goal while there. “Schedule networking events once a month,” she advises.”Pick and choose which one(s) you attend–the last thing you want to be doing is not tucking your kids in.”

Sachs shared with me a recent experience of “engineering serendipity.” She knew Gloria Steinem and Sheryl Sandberg were going to be at The Makers Conference. “All I want[ed] was a photo with Sheryl Sandberg and Gloria [Steimen] and my book,” she tells of her perceived achievable goal. “Coincidentally, I’d gone to another event I’d pushed myself to go to back in June–the United State of Women Summit in DC, and it was happening the day before the manuscript was due. I hadn’t finished my book, I had 100 footnotes to add, I couldn’t get a hotel room, and I didn’t know if it was worth it. But I went anyway and I found a group of people to be with. When I saw Gloria, I told her about the book. So when I saw her again last night, I made a beeline for her and asked if I could take a picture with her.”

3. Change How Your Respond To Failure And Inexperience

Sachs explains how women and men react to failure differently. “Women tend to take failure more personally,” she explains. “We’re more fearful of taking risks, conditioned to be perfect and to ‘do right’ by our parents. [The problem is] if you don’t take a risk, you’re not going to move forward much. The greatest confidence and growth comes out of being able to fail and screw up; you know you can get up again and keep moving forward.” In contrast to women’s experience of failure, Sachs refers to male-dominated Silicon Valley’s “Failure fetish.” There, she tells me, failure is celebrated and seen as a rite of passage.

Sachs is speaking my language: As a psychotherapist, I see the sabotaging effect of perfectionism constantly. Many of my clients are paralyzed by fear, waiting to gain confidence spontaneously, when they don’t realize it’s actual experience that precedes confidence. As so they stay in their comfort zone, never permitting themselves opportunities for growth–or for gaining the confidence to take the risks they yearn to take.

You can read the full article at FORBES.com by clicking here.